Skip to content
Date: March 15, 2018Author: Stealth Publications 0 Comments
Equinix has cemented its commitment to the Australian interconnection market, with the announcement it will invest A$65.6 million to expand its national footprint by adding capacity to its International Business Exchange data centres in Melbourne and Sydney.
According to the firm, the expansion in Melbourne (ME1) will add 374 new cabinets, creating a total capacity of 1,500 cabinets, and is slated for completion in Q3 of this year. Equinix said its A$13.3 million investment in ME1 followed growing demand from customers to enter the Port Melbourne data centre, which is located about 2.5 kilometres from Melbourne’s city centre.
“There are currently more than 30 network providers available in ME1 from a diverse ecosystem of customers, including cloud service providers and enterprises belonging to a range of industries including healthcare and financial services,” said Equinix.
The second phase of the firm’s SY4 data centre in Sydney is now also complete, it said. “With an investment of approximately A$52.3 million the expanded capacity will meet the rising demand for additional capacity and interconnection services,” Equinix added, noting that the expansion doubled SY4’s capacity from 1,500 cabinets to 3,000 – delivering a total usable floor space of some 12,000 square metres.
“SY4 also allows Equinix customers to take advantage of global connections via subsea cables, including the Southern Cross Cable Head, PIPE Pacific Cable network and the Hawaiki cable,” said the company.
Indeed, the move follows Equinix’s announcement in December last year that it will acquire Metronode’s data centre operating business in Australia, a stratagem which will see Equinix adding ten data centres to its national footprint. This will bring its total IBX data centre footprint in Australia to 15 data centres.
Equinix Australia MD Jeremy Deutsch tipped the decision to expand the firm’s ME1 and SY4 data centres as very complementary to its Metronode acquisition, a move which in itself will deliver increased capacity and presence in new sites beyond the main metro locations. 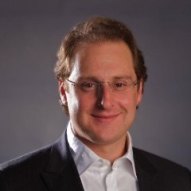 “Our customers tell us they want Equinix to be in more locations, and in Sydney and Melbourne having multiple data centres in both metropolitans is a good thing,” Deutsch told Telecom Times.
“Of course, with Metronode’s Perth site to house the landing station for the new Vocus Australia Singapore Cable, then combined with the existing submarine cable deployments in Sydney, Equinix will be a leading provider of access to intercontinental connectivity across the combined national footprint.”
Deutsch added that the data centre specialist’s announcement to increase its Sydney and Melbourne facilities’ capacity also reflected its customers’ continued acceleration in cloud consumption, in addition to a broader push towards digital.
“[This is] where they’re transforming their traditional centralised architecture to a very highly interconnected and distributed architecture,” Deutsch said. “This interconnection is a key driver for customers who want direct and private access to a multitude of clouds, service providers, business partners and end customers.”
“In Sydney and Melbourne, with our clustered campuses, we can make sure customers can scale across environments in the same metropolitan areas, which is important,” he said.
Deutsch was confident the expansion of ME1 and SY4 would mean Equinix would not need to consider any additional capacity boosting measures anytime soon. “The expansion ensures we have the necessary additional capacity to grow with our customers, who continue to deploy their infrastructure, applications and services closer to the digital edge,” he said.
“We continue to work very closely with them to ensure we always have that continuous capacity in our key markets.”