NBN Co has revealed that it does not expect to find itself in a cash flow positive state until at least Financial Year 2023, a year later than the National Broadband Network (NBN) builder’s previous estimates released last year.

According to NBN Co’s latest annual corporate plan, which outlines the company’s long-range plans, projections and estimates from 2020 to 2023, the national network builder expects to see about A$700 million in positive cash flow in FY23.

One of the reasons for the new break-even point comes down to a reduction in activation figures in FY20, FY21 and FY22. Indeed, the latest report’s expected activation tally in FY23 stands at 8.6 million, which is 100,000 less than the expected 8.7 million in FY22 that was estimated in the 2019-22 corporate plan last year.

In FY20, the company now anticipates 500,000 fewer activations than it expected in the 2019-22 corporate plan, reducing its target from 7.5 million total activations to 7.0 million premises that year.

“Given the complexity of build expected through FY20, there has been a shift in phasing  for activations in FY20 and through FY21. The Company expects to connect 8.1 million customers by 30 June 2021,” the latest corporate plan stated.

NBN Co said in its report that this reduction is “purely a timing issue” around deployment and activations, with the Ready to Connect footprint coming later during FY20 than originally forecast in the previous year’s plan. The company added that there is no expected material change to the underlying performance of the business and revenue is forecast to recover to expected levels in subsequent years.

Another contributing factor for the delayed break-even point for the network builder is an increase in expected capital expenditure (capex) in FY20, FY21 and FY22, compared to the previous year’s figures. For example, NBN Co’s latest report puts expected capex in FY20 at A$4.3 billion. In last year’s report, the figure for FY20 was closer to A$3.6 billion.

These changes, of course, are reflected in the company’s all-important average revenue per user (ARPU) figures which, in the latest plan, indicate it expects to see residential ARPU rise from A$44 in FY19 to A$49 in FY23. 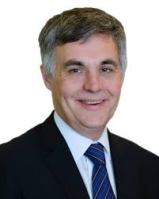 In last year’s plan, the company put its ARPU expectation at A$51 by FY22 – a figure that included business customers as well as residential customers. The decision to take the business contingent out of the ARPU equation in this year’s report was, according to NBN Co CEO Stephen Rue, to provide a more meaningful and transparent number.

Revenue is forecast to grow from A$2.8 billion in FY19 to A$3.7 billion in FY20 with the expected delay – or “rephasing” as NBN Co puts it – in network activations. Meanwhile, the plan continues to support a peak funding forecast of A$51 billion.

Despite tacking on an additional year until it expects to see positive cash flow and the reduction of anticipated activations in FY20, NBN Co remains upbeat about the rollout and ultimately meeting its stated goals.

In its report, NBN Co said that by the end of FY20, 11.5 million homes and businesses will be on track to be able to order a service on the network, fulfilling the commitment to complete the build in 2020. Currently, around 86 percent of premises throughout Australia are able to order an NBN service.

“With completion of the network well in sight, now is the time to focus on how Australians in homes and businesses across the nation can get the most out of the NBN access network.

“Improving customer experience and satisfaction will remain the key driver in coming years as we complete the transition to become a full-scale service delivery organisation – and we will put customers at the centre of everything we do.” he said.