The telco said the first site built under the RRCP agreement – located in Kilmore East, along the line linking Seymour and Melbourne – is slated to light up this month, with the Kilmore East one scheduled to go live on 30 June.

It will provide additional coverage and capacity to Vodafone customers, and more choice to commuters travelling on the Seymour line, the firm added, noting it has also started building a new site at Harcourt on the Bendigo line – marking the official half-way point for sites to be delivered by the carrier as part of the RCCP. 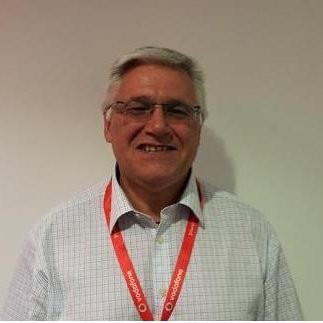 “The project perfectly demonstrates the benefits of a strategy that favours infrastructure sharing – leaving behind the all-too-familiar approach of awarding funding to one dominant carrier, and putting the best interests of consumers at the forefront,” he said.

“Trips taken by V/Line customers increased by 9.2 per cent in just one year, with patronage on the Seymour line increasing by 7.2 per cent over the last four years,” Millroy said.

“The sites being built by Vodafone under the RRCP, including our first live site at Kilmore East, will help boost mobile coverage and capacity for Vodafone’s customers travelling along the Seymour line, while creating opportunities for other carriers to do the same for their customers.”

Vodafone, which will lead the build of 11 new mobile sites and install its equipment on an additional 12 sites, said the new locations will help supercharge its mobile network along train lines to Geelong, Ballarat, Bendigo, Seymour and Traralgon.

Millroy said the carrier had invested more than A$130 million in its network across Victoria, adding some 150 new sites and upgrading about 1,000 existing sites between 2015 and 2017.

“The Victorian Government’s approach for the Regional Rail Project is one that Vodafone believes should be held up as best practice for future co-investment projects,” he said. “It is a great demonstration of how all three carriers can work together in the best interests of consumers.”