Optus has acknowledged new legal action by the Australian Competition and Consumer Commission and “admitted its mistake,” after the regulator today instituted proceedings in the Federal Court against the Singtel-owned telco, alleging it misled consumers about the need to move to the NBN or risk being cut off.

According to the ACCC, on 24 May 2018 Optus sent an email offering its NBN broadband services to 138,988 of its mobile customers, advising them that their broadband service would be ‘disconnected very soon’ and encouraging them to ‘make the switch, before it’s too late.’

The ACCC said it alleges this was a false or misleading claim, adding that when the email was sent, Optus knew the recipients of the email were already being provided with NBN-based services by another company, and Optus did not have any reasonable basis for saying they would be disconnected. 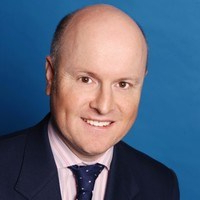 “Optus acknowledges the ACCC’s action today and its mistake,” said the telco’s VP of regulatory and public affairs Andrew Sheridan. “Optus has apologised to customers who received the mistaken communication and offered a costless exit for those who took out the offer.”

The ACCC – which is now seeking declarations, injunctions, pecuniary penalties, compliance orders and costs – also reiterated how on 22 May 2018, following the regulator’s action, the Federal Court ordered Optus pay penalties of $1.5 million for making misleading representations to customers about their transition from the telco’s HFC network to the NBN.

“Moving to the NBN is an important decision for consumers, and it can also be a confusing process,” ACCC Commissioner Sarah Court said today. “The ACCC has had to take action about Optus’ advertising on several previous occasions, and it is concerning that we are again having to take them to court for alleged misleading statements about this issue.”

“We are keeping a close eye on this sector and we will continue to take enforcement action where appropriate,” Court added.