NBN Co has proposed a series of wholesale discounts and higher capacity inclusions across its products as part of its latest industry consultation round, but refuses to bow to telco pressure to drop its controversial connectivity virtual circuit (CVC) charge.

The company behind the country’s National Broadband Network (NBN) released the second paper of its wholesale pricing review consultation with industry on 17 September, following twelve weeks of consultation with more than 50 NBN retail service providers (RSPs) and industry groups.

Among the big changes proposed by the network builder are wholesale discounts and higher capacity inclusions across its high-speed tiers. These include a 100/20 bundle discount starting with 3.75Mbps of included capacity at an effective charge of A$58 per month, as flagged at the beginning of the consultation process in June.

It should be noted that the 100/20Mbps Access Virtual Circuit (AVC) Traffic Class 4 (TC-4) proposal is being considered across all fixed line footprints, with ranged peak information rates (PIRs) being provided for the fibre-to-the-basement (FttB), fibre-to-the-curb (FttC) and fibre-to-the-node (FttN) network services.

The 250/25Mbps and the 1Gbps/50Mbps proposals are being considered for NBN Co’s fibre-to-the-premises (FttP) and hybrid fibre coaxial (HFC) footprints, while the feasibility of offering these tiers in the (FTTC) footprint is still being investigated.

The new up to 1000/50 bundle discount, meanwhile, 55 per cent cheaper than the previous A$180 effective charge for the 1000/400 bundle discount. Additionally, an almost doubling of the CVC inclusion to 5.75Mbps improves the total value by almost 68 per cent.

“We brought down the price, created the new 100/20 to 250/25 and the new up to 1Gbps/50Mbps so that they are at a much lower cost for RSPs to upsell,” Wallis told Telecom Times. “I feel this is the really big change here, and really opens up some greater opportunities for customers, as well as RSPs, in terms of their business cases as well.”

At the other end of the spectrum, NBN Co is planning to introduce a modified 12/1 Entry Level Bundle (mELB) discount on 1 October 2019.

Although the starting effective wholesale charge of A$22.50 and inclusion of 150Kbps (0.15Mbps) remains unchanged for voice only customers and those who use limited data, the additional charge that is applied when the average monthly peak usage across relevant services exceeds the included 150Kbps will be reduced from A$22.50 to A$5.70.

This additional charge is proposed to be further reduced to A$4.90 in May 2020 and to A$4.10 in October 2020. There will also be the option of an additional CVC charge of A$8/Mbps to accommodate higher data users.

NBN Co is also proposing changes to its mid-tier offering. In an effort to deliver a more economically attractive 25/5 bundle discount to RSPs, the company is proposing to reduce the wholesale effective charge from A$45 (including 2Mbps of CVC) that exists today to A$37 (including 1.25Mbps of CVC) in November 2019, and to increase this capacity allocation to 1.5Mbps in May 2021.

While NBN Co’s Pricing Review 2019 Consultation Paper 2 appears to have allowed for a series of discounts and other changes to appease the country’s telcos, the company has reiterated its commitment to retain its CVC charge model, despite ongoing criticism by a number of RSPs, most notably Telstra, NBN Co’s biggest retailer. 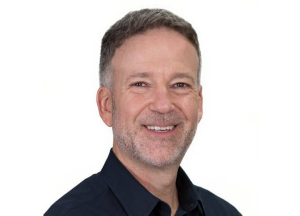 “While we know that some RSPs have called for the removal of CVC charges, the reality is that there is a real cost in provisioning and dimensioning the network to accommodate rising data consumption.,” said NBN Co chief customer officer, residential Brad Whitcomb.

“We believe our bundled charges are the fairest way to implement a user-pays approach to wholesale pricing at this time.”

As such, according to Whitcomb, NBN Co believes the higher CVC inclusions proposed in the paper strike the right balance between helping RSPs to develop affordable offerings for end customers, giving service providers a platform where they can compete, while also allowing NBN Co to generate a “fair and reasonable return” to invest back into the network.

However, in an effort to provide RSPs with additional certainty around CVC, NBN Co’s proposals see an increase in CVC across most wholesale bundles discounts and, for the first time, the company will begin publishing a rolling two-year roadmap of future pricing with incremental annual increases in capacity inclusions on most bundle discounts to meet customers’ growing data demand.

“This roadmap is an important step in showing service providers that we are listening and taking decisive action to provide greater certainty to the industry,” Whitcomb said.

NBN Co has also taken the prospect of differential pricing for video streaming, dubbed a ‘Netflix tax’ by some pundits, off the table. According to the company, the majority of respondents in the first round of consultation highlighted streaming video as an important application driving the need for higher download speeds and more data inclusions.

While the company investigated the possibility of lowering the price of video traffic by differentiating video traffic flows during the initial consultation, only two RSPs supported the proposed initiative, leaving NBN Co to instead focus on ways to meet the challenge of growing video traffic by increasing CVC inclusions and making higher speeds more affordable.

Going forward, the network builder expects to conduct annual, industry-based consultations to review and refine bundle discounts and inclusions. For now, the company is calling on further feedback from RSPs on the proposals in the consultation paper.

The final outcomes of the wholesale pricing consultation are expected to be announced in November 2019.