Huawei’s US subsidiary, Huawei Technologies USA has dropped a lawsuit against the US Commerce Department and several other US government agencies, which the Shenzhen-based firm filed back in June. Huawei said the case was originally filed in response to telecommunications equipment seized without justification by US officials in September 2017.

“After a prolonged and unexplained seizure, Huawei has decided to drop the case after the US government returned the equipment, which Huawei views as a tacit admission that the seizure itself was unlawful and arbitrary,” the company said.

The equipment, which includes computer servers, Ethernet switches, and other telecommunications gear made by Huawei in China, should have been shipped back to China after commercial testing and certification at a laboratory in California in September 2017.

The US Commerce Department, citing unidentified export violation concerns, seized the equipment while it was in transit. In the two years since, and despite multiple requests from Huawei, the US government failed to make a decision on whether an export license was required for the equipment to be shipped back to China, and continued to hold it.

On June 21, Huawei filed a lawsuit at the US District Court for the District of Columbia, “challenging the US government’s prolonged and unexplained failure to determine whether the equipment could be shipped to China without an export license.”

According to Huawei, in August the US government informed HT USA in writing that, following a belated investigation, it had determined that no export license was required for shipment to China, and Huawei had complied with the Export Administration Regulations when attempting to ship the equipment back.

The US government shipped the equipment back to HT USA at the government’s expense, the firm noted. 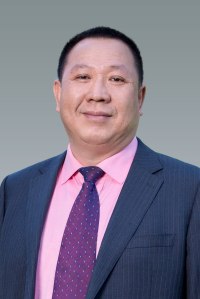 Huawei’s chief legal officer Dr. Song Liuping said that while Huawei had landed a de facto victory despite its voluntary dismissal of the lawsuit, the company was disappointed that the US government failed to offer any explanation for unlawfully withholding Huawei equipment.

“Arbitrary and unlawful government actions like this – detaining property without cause or explanation – should serve as a cautionary tale for all companies doing normal business in the United States, and should be subject to legal constraints,” said Dr. Song.

In a notice of voluntary dismissal filed with the United States District Court for the District of Columbia, HT USA said it requested in writing the US Commerce Department to explain fully why it detained the equipment in 2017, why it decided to release it now, and why it took almost two years to recognize that the equipment’s detention was not justified.

“Thus far the government has refused to explain,” Huawei said.