“H2 will bring the necessary boost in connectivity to Australia, which has one of the fastest-growing international traffic stream in the world,” said H2 CEO Georges Krebs.

H2 Cable, headquartered in Singapore, is the owner and developer of the H2 submarine cable system, connecting Australia to Hong-Kong (North segment) and the US (East segment). 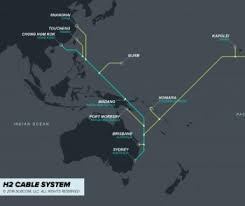 “Growing capacity requirements and new traffic patterns emerging within the Asia-Pacific region require the deployment of innovative and versatile submarine infrastructures,” added H2 Chairman Remi Galasso. “The H2 cable, with its North and East segments, has been designed to deliver direct connectivity through new subsea paths and provide optimal diversity.”

According to H2 Cable, the submarine cable system will chart new and direct routes throughout the Pacific Region. The cable is designed to support branching units linking Taiwan, Papua New Guinea, The Solomon Islands, Guam, Queensland, Hawaii and Los Angeles. 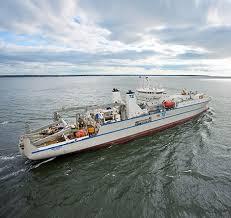 “The cable has a single-end power feeding capability of more than 13,000 km. The branch between Sydney and Los Angeles will follow an entirely diverse route to the north of New Caledonia, which has not been used by any other cable.”