Ahead of Mobile World Congress in Barcelona later this month, Forrester’s Thomas Husson and Paul Miller share their thoughts on the key themes and trends they expect to come out of the key event.

Husson takes a look at the state of 5G and the buzz around foldable phones, while Miller delivers his insights on the future of digital services, and how connectivity is creating a foundation for innovation. 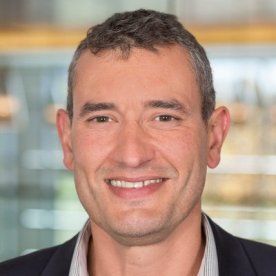 “The buzz around 5G and foldable phones is likely to cast a shadow over Mobile World Congress,” said Forrester VP and Principal Analyst Thomas Husson.

“There is no denying that 5G is the infrastructure of the connected world, and precisely the reason why it is at the centre of the economic and political war between the US and China. However, the reality is that it will take another five to seven years before it reaches critical mass among consumers in most countries.”

“Telcos and network equipment providers should learn lessons from 3G and 4G roll-outs and not overpromise on the technology. While we will hear a lot about the first 5G smartphones, the challenge is to simultaneously roll-out the infrastructure and it will take time, especially in Europe where spectrum allocation remains a mess at a country level.

“The same is true for foldable phones as the consumer benefits are still quite unclear. It is likely top smartphone brands will claim to have reinvented smartphone design. However, it will take longer for these foldable screens to reinvent the smartphone category and deliver differentiated experiences. With the evolution of new technologies such as voice and facial recognition, I’d expect the role of smartphone to evolve.”

“They will remain the hub of our connected experiences for several more years but will progressively act less as a remote control initiating experiences and less as an identity layer connecting the dots between our connected worlds. However, foldable screens will accelerate the convergence between smartphones, tablets and laptops, progressively unleashing a new form factor.”

“Beyond the 5G and foldable phone hype, brands should expect a lot of innovation at Mobile World Congress. Mobile will activate many adjacent technologies at scale, especially conversational interfaces and augmented reality.” 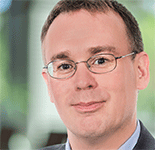 “Not too long ago, MWC was just the place you went to see the latest shiny mobile phone handset, or to understand trends in the design and operation of telecoms networks,” said Miller.

“The focus has shifted, as digital services get baked more deeply into every aspect of business. The interesting conversations, today, don’t focus on connectivity for connectivity’s sake. Instead, they see connectivity as a foundation on which far more interesting – and valuable – things can be built.”

“The Internet of Things (IoT), augmented reality, service-based business models, and richer – stickier – relationships with partners, suppliers, and customers all become feasible when connectivity can (almost) be taken for granted. At Forrester, we work with our clients to identify, interpret, and understand these emerging opportunities. And there should be plenty to see at this year’s event.”

“Early experiments in augmented and virtual reality have matured, and we’ll see tangible proof points of real value. Endless pilots and proofs of concept in IoT are also maturing, reaching beyond the operational teams where they began into the mainstream business, where they simplify existing processes and open the door to new service-based business models.”