Overall Africa and Middle East handset subscriptions are expected to reach 1.4 billion by 2023, up from 733 million last year according to new data released by data and analytics company GlobalData.

The research found that smartphones will account for 81% of handsets in 2023, which is up from 54.4% in 2018, while during the same period, feature phone subscriptions will decline at a CAGR of -11.7%. 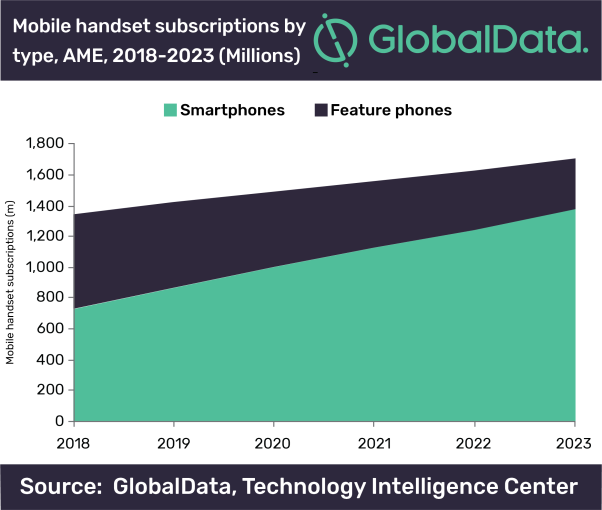